In 2014, the Norwegian government decided that all of the country’s more than two million mechanical power meters should be switched to «advanced measurement and control systems» (AMS). These are meters that continuously record how much power you use and automatically report actual consumption once every hour.

– The reason for the restructuring is a statutory requirement which, among other things, will ensure power suppliers access to the transmission network and easily facilitate the switch of power suppliers, ensure an efficient power billing and exchange it in a possible switch of supplier. The regulations also require the grid companies – as a neutral player – to ensure an efficient information exchange when measuring and calculating so that the competition in the power market becomes as effective as possible, says CIO in Hafslund Nett, Jon Andreas Pretorius.

Read more There are three reasons for choosing multicloud, and one trap you must avoid

Norway has ample supply of energy, but the network is not dimensioned to meet the consumption peaks in the future, in a world where power consumption is constantly increasing. Electric vehicles, rechargeable bicycles, cell phones, tablets, and laptops, which come in addition to washing machines, electric heating and a hot water consumption unparalleled in history, would, with today’s growth in the long term, crack the mains. Especially considering that everyone showers roughly at the same time in the morning. And prepares dinner, washes clothes, and charges the Tesla more or less simultaneously in the afternoon.

– The new electricity meters will make it easier for each consumer to move their highest consumption in the peaks to a time of the day when it’s cheapest and thereby stressing the power systems less. In order to achieve this, the individual supplier must pay for the amount of power used. Through a number of new additional services, the consumer will, in the future, be able to control this themselves. The prerequisite is that the meter «speaks» with the supplier’s computer systems, that the computer systems manage to process the information and give the individual consumer an accurate presentation of their consumption in real time. Delivered in an easy-to-understand interface on the mobile. In other words, with just over 720,000 subscribers, there will be a huge amount of data to juggle for Hafslund, says Teodor Elstad, head of the network and a senior consultant in Computas. A Norwegian IT company that has worked with artificial intelligence and machine learning since the mid-80s, and which today develops smart cloud solutions for a number of private and public players in, for example, energy, health, and justice.

A better everyday life – for everyone

Elstad is of the opinion that Hafslund has seen the benefits of exploiting the potential of developing good, innovative IT services. The new AMS meters – used correctly – will give both Hafslund and their customer’s great advantages.

– In the past, you couldn’t know that the power was out until you received an angry phone call from a customer. With the new technology, Hafslund is potentially able to alert the respective customer the moment power is out, clarifying what the problem is and how best to solve it. It is very exciting to contribute to making society a little better through good infrastructure solutions. That technology should make people’s lives better, I’ve always thought it should be the goal. And, indeed, I will say that we have succeeded in reaching this goal in the project, says Elstad.

That technology should make people’s lives better, I’ve always thought should be the goal . And I will say that we have succeeded in this project

Became an IT giant “overnight”

With the transition to smart meters, Hafslund Nett went from being a network company to becoming a significant player in the Norwegian IT industry. A player with great responsibility. Both for the individual consumer and society in general. A role Hafslund Nett has taken very seriously. To make the transformation painless, they turned to Computas for support with solid systems that are capable of receiving, managing, processing, and utilizing this vast amount of data in an optimal manner.

– When Computas came to us, they were well informed about the technology platforms that would be best suited for the respective tasks. We have benefited greatly from this. In 2014,
the choice to start the project with a goal of placing it in the cloud, was a simple choice. Also, the decision to go for more than one cloud platform, was not very difficult, in our case, Microsoft Azure and Google Cloud Platform. Because, with such large projects, it rarely pays just to deal with one single cloud supplier, says head of IT and digitization in Hafslund Nett, Ståle Heitmann.

When asked about how he thinks the collaboration with Computas has worked, Heitman answers:

– Although we are well prepared on the technical side, we prefer to work with partners who possess expertise. It is simply about fully utilizing the expertise and getting the most out of the collaboration. Computas possesses this type of knowledge and insight, and has in many ways been integrated into the environment in a way that enables us to be viewed as colleagues, Heitmann concludes. 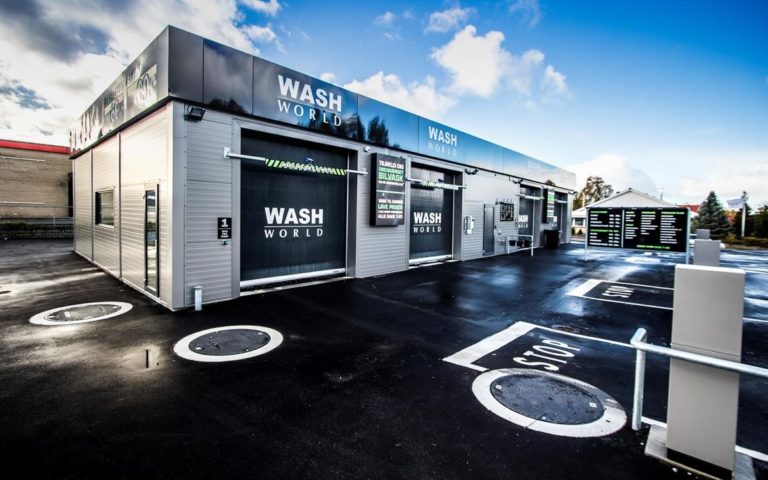